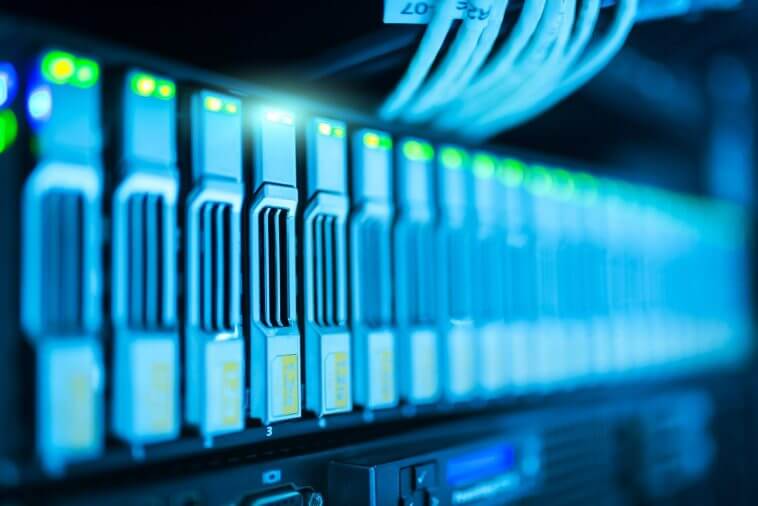 Dropbox is huge; there’s no denying that. The world-famous cloud service has well over 500 million users, with over eleven million of them having an active subscription. The huge number isn’t for nothing, as Dropbox is easy to use, intuitive, and feature-rich. Besides, it offers a wide range of collaboration and sharing features that make this service appealing to both individuals and teams alike. All of that explains why Dropbox is one of the top recommendations when it comes to cloud services.

That said, Dropbox does have some drawbacks. For instance, their prices aren’t that affordable compared to other cloud storage providers. Also, their privacy policy is a bit confusing, making it a no-go for those who really value their privacy over everything else. All of that makes considering Dropbox the best cloud storage service debatable.

If you’re not so eager to start using Dropbox as your number one cloud storage solution, but you still need a service that offers similar intuitive features, worry not, as in this article, we’ll go over five of the best Dropbox alternatives you can start using today.

Without further ado, here are the top five Dropbox alternatives that you can get today!

If you think Dropbox is popular, you ought to take a look at Google Drive’s number of users (hint: close to a billion users).

Google Drive tops our list for several reasons, the first being the fact that Google has a plethora of products in different categories, such as Docs, Slides, Sheets, etc., and most of these services integrate flawlessly with their cloud storage solution.

Google Drive offers 15GB of storage free of charge, but what’s even more intriguing is the fact that you can host an unlimited number of photos if you keep them under 16 Megapixels. How cool is that, huh?

If (and when) you need more than 15GB, you can enjoy more storage space by subscribing to Google’s new service, Google One, which offers storage space that you can use across different products as well as access to Google Experts and extra member benefits.

Google One has six plans in total, which are:

As you can see, Google One’s higher plans cost as the same as Dropbox’s but offer twice the storage.

While in storage, your files are encrypted using the AES 128-bit encryption protocol, which is pretty much the standard these days. As per their Privacy Policy, Google does scan your content to detect spam and malware, provide customized search results, and present tailored advertising.

To make backing up and syncing your files across your devices easier, Google has a desktop client that offers a continuous backup option, which is yet another reason why we consider Google Drive, or Google One, to be one of the top Dropbox alternatives available today.

Sync.com is hands-down one of the (if not THE) best Dropbox alternatives you can start using today.

Upon signing up to Sync.com, you get 5GB of storage free of charge. Now, I know that’s not far better than Dropbox’s 2GB free plan, but you can actually get more free storage space by inviting your friends to join Sync.com. For each friend you refer, you get one gigabyte of storage (up to 20GB).

Sync.com offers different paid plans for personal use, individuals, and teams. Their personal Mini plan, which is the cheapest, costs no more than 60 bucks per year and offers 200GB of storage.

Although Google Drive offers better pricing, Sync.com excels when it comes to security. Unlike Google, Sync.com users zero-knowledge encryption, which means that only you can read your data. Unfortunately, that level of encryption makes Sync.com transfer speeds slower than those of Dropbox, but that’s a small price to pay in exchange for peace of mind, knowing that no one can touch your data.

For the encryption protocol, Sync.com uses AES 256-bit encryption, which is near impossible to crack. On top of that, Sync.com’s location, Canada, means that you won’t have to deal with the NSA and other American alphabet agencies.

When using Sync.com, you can share your files and protect them with a password to keep them safe from prying eyes, but that feature is only available to paying customers.

pCloud is yet another great Dropbox alternative that offers a high-level of security as well as plenty of intuitive features that can make saving your files to the cloud a breeze.

Just like Sync.com, pCloud uses AES 265-bit encryption to keep your files safe and secure while on the cloud, though their zero-knowledge encryption is reserved paying customers for an extra $3.99 per month.

What’s unique about pCloud’s syncing capabilities is that you get a feature called pCloud Drive, which allows you to access your files and documents without having to download them beforehand.

As with Dropbox, if you want to set up expiry dates and passwords for your sharing links, you’ll have to subscribe to a paid plan.

MEGA used to be one of the most generous cloud storage providers out there, as in its early days, it used to offer 50GB free of charge for every new user. As expected, that didn’t last, mainly because of user abuse of such generosity. Today, the free plan only offers 15GB of storage, but that still way better than Dropbox’s 2GB free plan.

If you need more space, MEGA has four personal plans that you can choose from, out of which, we recommend going with the PRO I plan, which provides 2TB of storage and costs around 11 bucks, meaning that it offers the best value.

MEGA uses Zero-Knowledge and AES 128-bit encryption on all of its plans, and you can create password-protected links even if you’re not a paid customer, making it ahead of the pack when it comes to this aspect and another one of the best Dropbox alternatives you can use.

Unfortunately, MEGA doesn’t offer productivity integrations as Dropbox and Google Drive do, but the service does have an intuitive syncing client that can make backing up your files to the cloud a piece of cake.

Although it’s actually a cloud backup service, iDrive does qualify as one of the best Dropbox alternatives because it offers secure cloud storage in addition to its backup solution. If you’re looking for a Dropbox alternative that offers the best of both worlds, iDrive is the way to go.

Unlike other online backup solutions, iDrive does have a free plan that provides 5GB of storage. That may not seem like much compared to what Google Drive, for example, has to offer, but considering the nature of this service, it certainly is a pleasant surprise.

To double as a syncing solution, iDrive has a feature called iDrive Sync, which creates a folder on your computer that works as a standard sync folder.

As with Sync.com, iDrive uses 265-bit encryption, which means that your data will be safe and secure as long as it’s on the cloud. Additionally, you can activate private encryption upon signing up.

Should You Really Make the Switch?

Let’s admit it; Dropbox is an excellent cloud storage and syncing solution, which is why it’s so popular. The service is known for its strong syncing and sharing capabilities, great user experience, and extensive feature set.

With Dropbox, you can share your files and collaborate with your teammates without leaving your browser. You can even invite others to share files with you using the “file request” feature, making Dropbox a truly wonderful solution for those seeking an all-in-one cloud storage service.

That said, Dropbox has some drawbacks – ones that are solved by Dropbox alternatives. Here’s what’s not so good about Dropbox:

Dropbox had several data breaches in the past. Although it has significantly improved its encryption level by using the AES-bit protocol, it’s still a bit behind compared to other solutions, especially that decrypts data once it’s on the cloud to extract metadata before encrypting it again.

Dropbox’s privacy policy is confusing at best, as the company has been involved with the NSA’s (U.S. National Security Agency) PRISM project, which is a surveillance program designed to track down terrorists. Thanks to the effects of the USA Patriot Act, the NSA can collect data from pretty much anyone.

Dropbox’s free plan isn’t that appealing, as it only provides 2GB of data. Compare that to what other companies, such as Google and MEGA, have to offer, and you’ll see why so many users are making the switch and looking for Dropbox alternatives. Besides, Dropbox’s paid plans aren’t that flexible, making it a hard-pass for those seeking a flexible solution to host their data.