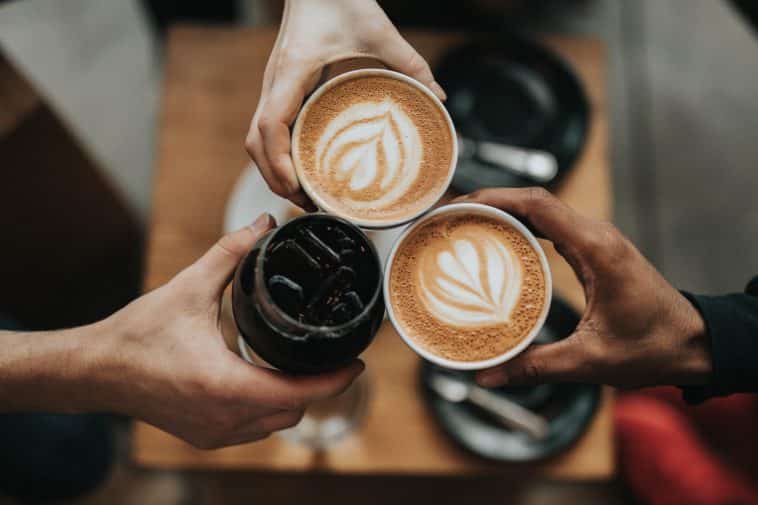 The coffee diet seems to have worked for some people who reported short-term weight loss.

However, you might have already noticed that a diet that’s heavily reliant on drinking a lot of coffee can’t be good in the long term.

In this article, we’ll be going over the details regarding the coffee diet.

What are its benefits?

Are there any downsides?

Is the coffee diet healthy?

We will be answering all those questions!

Without further ado, here’s everything you need to know about the coffee diet!

What Is the Coffee Diet?

The coffee diet is a plan based on The Coffee Lover’s Diet by medical doctor Bob Arnot. The book was published in 2017, and it mentions drinking at least three cups of light roast coffee each day.

This is because this type of coffee is rich in polyphenol antioxidant content, which helps reduce the risk of several diseases such as type 2 diabetes and certain cancers.

You don’t have to drink that light roast coffee. You’re free to drink whichever type you like as long as you drink no less than three cups per day.

In his book, Dr. Arnot goes over a lot of research about coffee’s effects on the body, such as reducing appetite and fat absorption, burning fat, improving circulation, and boosting metabolism.

Dr. Arnot also recommends avoiding sugar, milk, and cream because they undermine the benefits of coffee.

Dr. Arnot goes into great detail about which beans to use. He recommends coffee selections from regions close to the equator, with rich volcanic soil.

This is because of the increased amount of produced antioxidants. Some of the best regions in this regard are Kenya, Ethiopia, Brazil, and Colombia.

Aside from drinking three cups of coffee daily, the coffee diet plan is otherwise similar to most other weight loss diet plans. It advises against eating processed foods and refined carbs.

Additionally, it follows numerous Mediterranean diet principles while limiting the calorie intake to only 1,500 each day. The Coffee Lover’s Diet book also has recipes.

How Does It Work?

As we mentioned before, the coffee diet involves drinking at least three cups of light-roast coffee each day, totaling 720 ml.

This is because light roasts tend to have more polyphenol antioxidants than darker roasts.

The author of the book stresses the importance of the type of coffee you drink and how it’s brewed.

According to Dr. Arnot, the best coffee type is lightly roasted, whole-bean coffee, which is ground at home and prepared with filtered water.

The diet plan strongly emphasizes drinking no less than 3 cups or 720ml of coffee. It can be caffeinated or decaffeinated as long as you avoid cream and sugar. 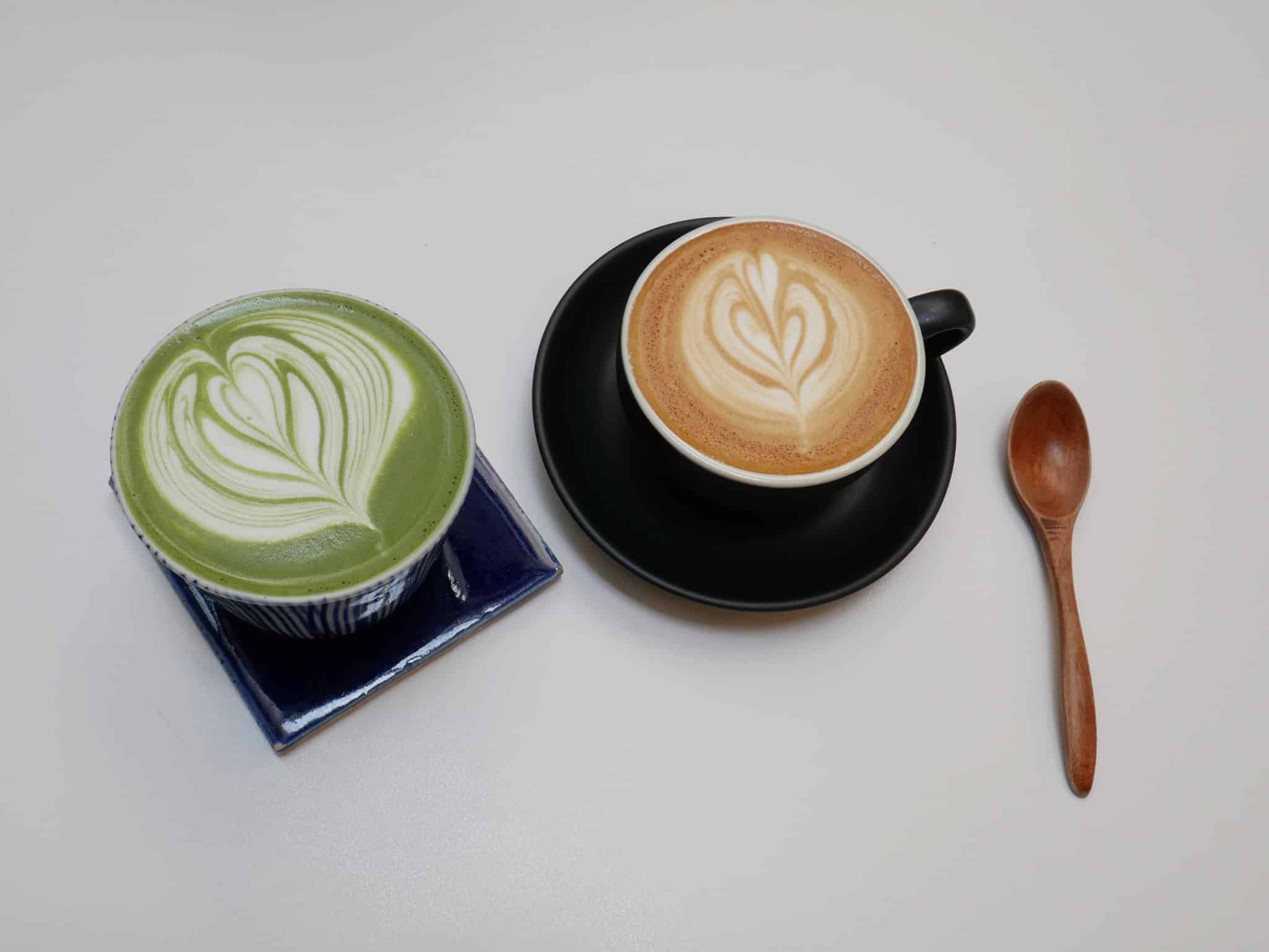 Additionally, Dr.Arnot recommends replacing one meal with a high-fiber, green, homemade smoothie. The book includes some smoothie recipes you can use.

The rest of your meals and snacks should be low in fat and calories and rich in fiber. This means whole grains, fruits, and vegetables. Dr. Arnot also recommends avoiding refined snacks, frozen meals, and other highly-processed foods.

Coffee is full of caffeine and antioxidants (polyphenols), which have many health benefits. This diet focuses on coffee consumption because it has two major benefits: curbing appetite and increasing metabolism.

The author of the Coffee Lover’s Diet, Dr. Arnot, states that coffee is great at inhibiting your appetite and decreasing your calorie intake.

His statement is supported by research that shows that drinking coffee before a meal can decrease how much you eat at that meal.

With that said, you need to drink coffee right before the meal as it will lose that effect if you drink it 3 or 4 and a half hours before eating.

Additionally, a study was conducted on 33 people who were either normal weight or overweight showed that drinking coffee resulted in decreased calorie intake in overweight people.

Over three sessions, each person got breakfast, and water, regular coffee, or coffee with half the caffeine. For reference, the regular coffee contained 2.7 mg of caffeine per pound.

It turned out that overweight people who consumed 6 ounces or 200 ml of coffee also had significantly lower calorie intake than drinking water or half-caffeine coffee.

While caffeinated coffee can help decrease an individual’s appetite, there has been no conclusive research on the subject.

Caffeinated coffee can boost the body’s metabolism and make it burn more calories.

There has been a review that included over 600 people. Researchers found that a high caffeine intake was linked with reduced weight, fat mass, and BMI (body mass index).

Furthermore, doubling the caffeine intake among participants resulted in a 17-28% decrease in weight, BMI, and fat mass.

Additionally, another study had 12 adults taking either caffeine and polyphenols supplements or placebos. Participants who took the supplements lost significantly more fat and calories.

There are also studies that showed that coffee could help you burn more fat from working out.

There was a study that examined the effects of coffee on seven healthy men who worked out for 30 minutes, then consumed either 1 cup (250 ml) of coffee or water. Those who drank coffee burned more fat.

With that said, the majority of the studies mentioned above are from either the 1980s or ’90s. Dr. Arnot also goes on to make a couple of bold claims in his book that have little recent research to support them.

Downsides of the Coffee Diet

While coffee is rich in antioxidants and polyphenols, there’s no denying that the coffee diet can have numerous downsides.

Since the coffee diet requires consuming at least three coffee cups a day, this can quickly lead to excessive caffeine intake, which can lead to so many health problems such as increased blood pressure.

Many studies have been done that show the correlation between high caffeine intake and high blood pressure.

One of those is an observational study that looked at more than 1,100 people and found that those who consumed three or more coffee cups has higher blood pressure reading than those who did not.

It’s also worth mentioning that caffeine is a diuretic, which means that it causes you to excrete more fluid, mainly through urine. This means that drinking coffee dehydrates you faster.

This is especially problematic since many important electrolytes can be lost with fluid. One such electrolyte is potassium.

Finally, drinking too much coffee is closely linked to an increased risk of headaches, heart attacks, bone fractures, and mental health issues such as depression.

Having said all that, drinking up to four cups of coffee per day is generally considered safe.

Another problem with the coffee diet is that it heavily reduces your calorie intake. This often results in your body adapting accordingly by slowing down its metabolism and burning less fat.

Furthermore, low-calorie diets such as the coffee diet also lead to hormonal disruptions and changes.

For example, leptin is the hormone responsible for giving the feeling of satiation. The coffee diet results in much lower leptin levels in your body. Consequently, you’ll almost always crave food and feel hungry.

Even though you might have short-term success with this diet, you’ll probably regain the weight you lost in the long term and maybe even gain more.

Research shows that about 80% of people who lose weight from following a low-calorie diet regain it right after the first month following the end of the diet. Almost 100% regain the weight they lost within five years.

The coffee diet can have severe health implications if you stick with it for too long. People tend to follow it for no more than seven weeks.

As we mentioned before, excessive caffeine intake can be dangerous. When you add to this the fact that this diet plan greatly limits one’s calorie intake, you have a diet that is very hard to keep in the long term.

What’s even worse is that even if you have short term success with it, you’re more than likely to lose that progress soon after you get off the diet.

Does the Coffee Diet Actually Work?

It’s hard to determine how effective a diet (including the coffee diet) is because it’s entirely dependent on the individual’s goals.

Testimonials remain entirely anecdotal, and you should always take them with a grain of salt.

The coffee diet has seen a surge in popularity for its short term effectiveness. However, it’s hard to deny its downsides. While Dr. Arnot is a medical doctor, he is not infallible.

This doesn’t mean that the coffee diet is ineffective or anything of the sort. There are definitely some good things you can take from it and apply to your daily life.

However, following this diet to the T can be difficult, especially because of the strict calorie limit of 1,500.

How Much Coffee Should I Drink to Lose Weight?

People digest coffee differently. With that said, the Mayo Clinic recommends drinking no more than 400 mg of caffeine per day, which is the equivalent of four coffee cups.

Even though some studies show that drinking three cups of coffee can have health benefits, you won’t be missing out on much by drinking just one or two cups.

One thing worth mentioning is that when we are talking about drinking coffee, we mean coffee without sugar and cream.

If you are going to take one thing from this whole article, it’s that the type of coffee you drink is important. Black coffee is much more beneficial than coffee with milk, cream, or sugar.