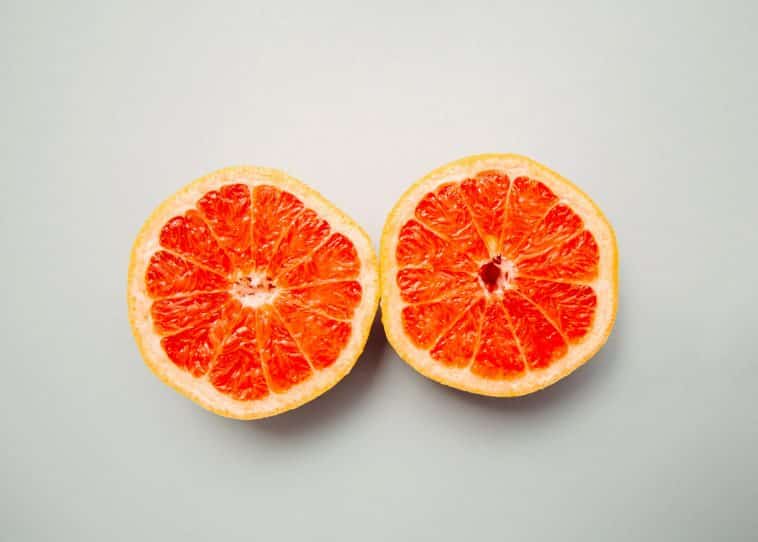 The grapefruit diet has existed since the beginning of the 20th century, during the 20s and 30s, or even maybe before that. Since its inception, this diet has been tried in various ways that usually seem to be quite restrictive with the promise of causing an enormous loss in weight during a short time period. While the grapefruit is a fruit with real beneficial properties, it is in no way a magical spell for weight loss.

What this fruit is mostly known for is that, just like the orange fruit, it packs a lot of antioxidants and vitamin C. It also has a very low-calorie count and can be incorporated in a variety of recipes. It can take part in a delicious dish or a dessert, or it can be turned into a smoothie or a fresh juice.

You’ll find people who use grapefruit to make high-protein cookies, a pink grapefruit sorbet, broiled grapefruit with cinnamon, and many other tasty recipes. They can also be used in making homemade energy bars, pie, or even a quinoa salad.

What’s Special About the Grapefruit?

With all that said, we have to ask, what’s about grapefruit that’s so special? Well, for starters, it only has got 65 calories per serving. On the other hand, you get 84 calories for one serving of apples or even watermelons for example. Basically, this fruit is lower in calories than most other fruits, which is good for weight loss.

5.4 ounces is one serving of grapefruit, meaning that one serving is enough to silence your hunger. Additionally, the fiber will help limit your appetite and lower your daily intake of food.

You’ll also get more than half of the daily value of vitamin C from grapefruit which will boost your immune system. Here’s what you’ll get from a single serving:

Grapefruit juice is a good and healthy alternative for eating grapefruit as it is. It’s got a significant amount of citric acid, vitamin C, potassium, magnesium, and flavonoids.

Besides that, a review that has been published in Oxidative Medicine and Cellular Longevity back in January of 2016 reveals that the peel itself comes with its own share of nutrients as well.

The mentioned review indicates that a fresh peel has more naringin than a dried peel. Studies have shown that naringin is beneficial for the liver.

The World Journal of Gastroenterology features a review from April of 2018 which suggests that naringenin prevents oxidative damage from affecting the liver and can even help in treating liver disease by regulating lipid metabolism and the oxidation of cholesterol, despite its low bioavailability.

What Is the Grapefruit Diet?

Now, let’s get to the main topic of this article – the grapefruit diet: What is it exactly?

Well, it’s also known as the “Hollywood diet” and it first emerged in the United States around the 30s. But, it was during the ’80s that the grapefruit diet was reintroduced to the public under the title of the “10 Day 10 Pounds Off” diet.

So this diet basically promises you that you can get rid of 4 kilograms in 110 days only. What the grapefruit diet asks you to do is to consume low-carb meals mainly made up of grapefruit that’s combined with other foods that are high in dietary fat, along with protein-rich foods in general.

This diet is supposed to be followed for around 10 to 12 days after it comes a 2-day resting period during which you stop following the diet and prepare your body to get back to the normal food intake.

The grapefruit diet limits your carbohydrate intake through the removal of sugar-filled foods, even those that have natural sugars like fruits. Besides that, you have to keep away from fiber-rich foods like vegetables, grains, and cereals.

But we have to mention that some other versions of the diet have incorporated some modifications that allow you to have some low-carb vegetables with the meals that you eat.

The only constants between all the versions of the grapefruit diet are that you have to drink a cup of grapefruit with every meal during every day of the diet, as well as staying away from high-carb grain, processed-grain, and processed-sugar foods.

I don’t have to remind you that salty snacks and fried foods are prohibited during the 10-day diet period. When it comes to healthy fats, their consumption is encouraged, but not so much the case with caffeine, you must actually stay away from it. You must also make sure to keep yourself hydrated for the whole day.

What Is the Promise of the Grapefruit Diet?

You’re promised to get fast results out of the grapefruit diet. The diet is supposed to help you burn up to 10 pounds in 12 days thanks to the fat-burning enzymes in the grapefruit. And you don’t have to starve yourself to achieve these results according to advocates of the diet.

What Are the Pros and Cons of This Diet?

Well obviously, the biggest pro here is the amount of weight to be lost in such a short amount of time. People looking to lose weight fast for special events, for example, find this to be very encouraging.

It can also be a good starting point for those looking to lose weight. You’ll begin with the grapefruit diet and start looking for other diets before the end of the 12-day period.

Integrating low-calorie foods that are high in nutrients such as the grapefruit is a great way to not only lose weight but to also lead a healthy lifestyle. Having vitamin C there is great alone for the boost it gives to the immune system.

But on the other hand, there aren’t any studies or research that show that grapefruits contain magical fat-burning enzymes. The essence of this diet is the low-carb, low-calorie intake which leads to temporary and quick weight loss, even if it wasn’t coming from the grapefruit.

But what’s important is that losing 10 pounds in 12 days is unrealistic and can be the result of losing water, muscle and maybe some amount of fat.

Can This Diet Be Harmful?

Having fresh grapefruits and grapefruit juice as part of your daily diet can be a healthy choice. But according to the Food and Drug Administration, they can also not be ideal for people who take certain types of medications. These medications include:

Having grapefruit while taking statins may increase the drug’s absorption into the bloodstream which may lead to liver and kidney issues.

For drugs like antihistamines, the absorption of the drug might be lowered, leading to less effectiveness. You must consult with a doctor or a pharmacist before embarking on the journey of the grapefruit diet.

Another con is the limitation of the diet. For over 12 days, some people may grow bored of eating the same thing. And for the long term, since it’s very low on calories, carbohydrates, and other nutrients it cannot be considered a healthy diet.

By now, all misconceptions must’ve been cleared up. The grapefruit diet has no magical fat-burning properties. It is simply a low-calorie diet.

While it remains a good way of losing a considerable amount of weight in a short period for a special occasion, that lost weight is mostly water weight and not fat.

Meaning that it’ll return almost as fast as it disappeared. This makes the grapefruit diet not an ideal choice for a long-term and healthy change.

Seeing how it’s very restrictive in the food options and how it insists on foods of high-saturated fat on a daily basis, the grapefruit diet might just do more harm than good.