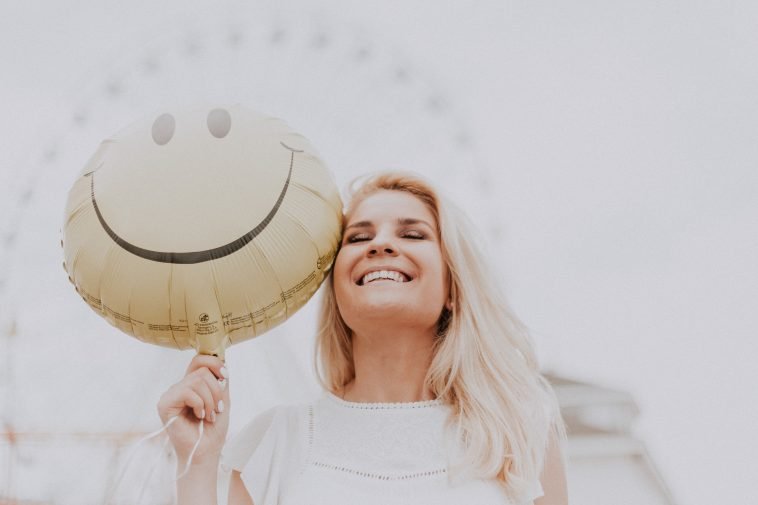 The pursuit of happiness has been a primary pursuit to everyone over the ages. All of us seek happiness and make a conscientious effort to achieve it.

When we stop to consider exactly what happiness means, we realize that it doesn’t need a formal definition since each person has their own way of defining it. However, there are crucial areas within our control that tend to have an impact on our happiness. You can follow these simple steps to become a happier person.

Don’t Make It Your Goal to Be Happy

We should instead realize that happiness is only a part of life and that no one is immune to life’ stressors. In fact, according to science, approaching happiness as an end goal may lead to less happiness. Researchers from the University of Denver proved that people who valued happiness were less happy than those who didn’t value it as much.

According to several studies, people who view happiness as a goal they want to achieve tend to display more anxiety and are easily exposed to feelings of let down and disappointment. Moreover, focusing too much on your own happiness may lead to self-obsession; the act of being constantly preoccupied with the thought of yourself and everything that only involves you, such an act that will deprive you of creating happy moments with others.

Based on these findings, researchers suggest setting for short-term goals that focus on activities rather than emotions; people should take time to appreciate the tiny aspects of their lives that bring them joy rather than taking them for granted, such as meditating, going out with friends, walking outside daily, etc. These smaller achievable goals naturally bring us more joy.

Exercise More and You Shall Become a Happier Person

Exercising regularly does not only affect your physique but also has significant improvements in your health to the extent of improving your general mood and making you a happier person.

The idea that moving can affect our moods is not new. In early 2013, Canadian scientists found that people who were less physically active were twice as unlikely to be happy compared to those who were continuously active. Similarly, Penn State University researchers found out that people who exercise regularly tend to be more cheerful than those who never exercise.

When it comes to depression, studies show that maintaining a regular exercise routine, in some cases, is more effective than antidepressants in treating depressed patients. So what happens to our brains when we exercise?

During a workout, our brains release a set of hormones that reduce pain, stress, and anxiety; such as endorphins, serotonin, dopamine, testosterone, etc. That in and of itself can make you a happier person, even if it’s only for the duration of the workout.

So, next time you need to feel better, pick up your running shoes, and breathe in a runner’s high.

Most people are turned off by a smile that takes effort because so often it’s obviously fake, and it gives an awkward appearance. But let’s keep that aside and consider the fact that producing a fake smile can actually be beneficial; according to science, smiling is not just a response to a happy feeling, but it may actually make us happy. In this context, scientists have proposed the facial feedback hypothesis, suggesting that our facial expressions affect our emotions.

Researchers at the University of Cardiff in Wales studied people who had difficulty frowning as a result of paralyzed facial muscles due to Botox injections. These people reported higher levels of joy than those who have no problem frowning, regardless of their actual level of self-confidence. This study demonstrates that the awareness of our bodily experiences is the basis of emotion: if frowning can make you feel sadder, smiling can make you feel happier. So how does this work?

When you smile, your facial muscles contract and give direct neurological feedback to your brain that interprets the muscle combination associated with smiling as something that has to do with happiness, if your smile is particularly big, that the muscle in the corner of your eyes gets flexed, your brain will be more convinced that you should be feeling good, because that muscle is only used when you are truly smiling.

As we said before, suppressing negative emotions does not result in long-term happiness. We should keep in mind that it’s important to express negative emotions, but let us not forget that faking a smile can possibly trick your mind to happiness.

Go Outside to Become a Happier Person

We all know that too much sun exposure is harmful since it can lead to sunburns, skin cancer, and lowered immune system. This fear of UV radiation combined with the increased use of technology has driven people indoors. Instead of opting to prevent the harmful effects of sun exposure by following recommended guidelines, we’re avoiding direct sunlight altogether.

The World Health Organization has suggested that diseases linked to lack of sunlight are more than those associated with too much sunlight exposure. In fact, vitamin D deficiencies can lead to both mental and physical problems such as depression, schizophrenia, loss of memory, breast cancer, heart diseases, etc.

Researchers from the University of Edinburgh agree that getting outside and soaking in the sun might have more benefits than risks since getting exposed to sunlight leads nitric oxide to be released into the bloodstream. This chemical combats high blood pressure, reducing, thus, the risk of heart disease and prolonging life. Furthermore, getting in touch with nature has been shown to improve moods and reduce stress.

In the first place, technology was meant to facilitate our everyday life, but it quickly escalated to dominate us in every aspect of our lives, affecting us both mentally and physically. Research presented by academics from the University of Gothenburg in Sweden showed that people who are fiddling with electronic devices all the time are more likely to suffer from stress, depression, and sleeping issues. People became so obsessed with their electronic gadgets to the extent of feeling guilty if they didn’t reply to texts or answer calls right away.

Children, just like adults, are also exposed to these negative effects of constant screen time. They risk mental health issues such as anxiety and depression when they spend too much time watching TV or playing on the computer. These risks are found to be more serious when the time spent on such devices is four or more hours. What can be the solution?

The only solution is to disconnect every once in a while from this technology-filled lifestyle. Take time away from social media by getting engaged in simple daily activities that can make you a happier person and help you connect directly with people. Just think about the positive things that come from disconnecting, such as improved sleep patterns, better productivity, and higher self-esteem.