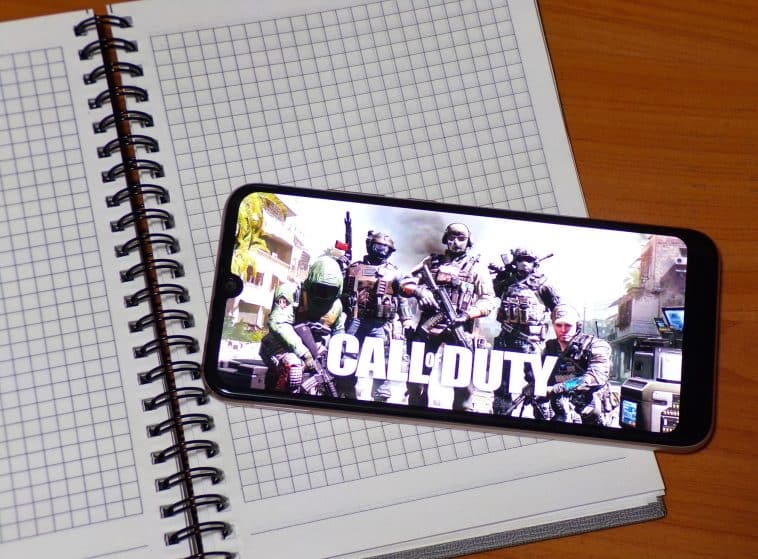 In 2019, Call of Duty finally entered the world of mobile gaming.

With the Battle Royale craze and mobile gaming giants such as PUBG, Fortnite, and Minecraft already being well established, Call of Duty Mobile had some fierce competition.

However, the game has managed to garner a huge following and an excellent reputation across all app stores.

Call of Duty Mobile is its own beast in the franchise. It has its own patch schedule and Meta. The game relies on legendary maps from older installments that play on people’s nostalgia.

However, the game is notorious for its numerous gunplay changes and updates to balance, which always keeps the players on their toes as they try to adapt their play styles to the ever-changing balance.

Even though Call of Duty is known as a game that rewards skill and fast reflexes (the same way The Witcher 3 and RDR2 do), the guns you choose to go with will eventually either help you or keep you from reaching your true potential.

Knowing the best guns will greatly help you in dominate matches and top the scoreboard.

When we talk about Call of Duty Mobile best guns, we’ll be taking a look at the different weapon categories and picking the best guns out of them.

It is almost impossible to declare one weapon as being objectively better than all others, which is why we chose a different approach in listing the Call of Duty Mobile best guns.

We’ll be listing the Call of Duty Mobile Best Guns in each category, starting with assault rifles.

Among Call of Duty Mobile Best Guns is the DR-H. It was introduced in the eighth season and quickly became a fan favorite due to its high damage and accuracy.

While the gun’s close-range potential is hampered by its medium rate of fire, you’ll almost always win every encounter if you’re the first to land the shot.

If you use the OTM attachment, the DR-H becomes a powerful beast, and each body shot deals headshot damage. The DR-H/OTM combination will strike fear in your enemies’ hearts.

If you’re looking for a versatile weapon that will shred anyone at any range in any condition, look no further than the HBRa3.

It has high accuracy and laser-like recoil, which makes it handle like a dream.

The BK57 is similar to the M16 in that it automatically comes with an upgrade to movement speed when unlocked at level 115.

While it has average damage, it makes up for it in spades with its high rate of fire. This makes it serve the same role as an M4, except it does it better.

Looking for a long-range monster? The UL736 is all you need! This light machine gun is similar to the AK-47 from a functional standpoint.

However, it suffers from a lack of mobility and has a bigger magazine. With that said, this is a common trait among light machine guns.

The RPD is the first light machine gun you unlock. For a first unlock, it’s surprisingly powerful. It’s at its best in the farther ranges and drawn-out firefights thanks to its high damage and range.

If you’re going to be playing in an open map, you can’t go wrong with using the RPD.

Few weapons in the game can compete with the power of the S36 at close range. It has a deadly combination of high damage and a high rate of fire.

However, it suffers greatly when it comes to damage. This limits its usefulness outside of small closed maps.

There are a few things that can compete with how cool pump-action shotguns are. The BY-15 not only looks cool, but it is also one hell of a beast in close range.

You’ll even have a good chance to fire off a second shot before getting gunned down.

If you remember the Model 1887 from Call of Duty Modern Warfare 2, then you probably already know just how threatening this shotgun is.

It also helps that it looks cool as hell. With that said, you’ll need to finish off your enemies with one shot as the HS0405’s rate of fire is very slow.

The KRM-262 is a polarizing weapon. It has a high rate of fire. However, it sorely lacks range, and the damage drop-off is quite severe.

You can couple this shotgun with something else that makes up for its shortcomings, and you’ll have a pretty decent loadout in your hands.

Yessiree, the Cordite can do that too! This gun is brilliant and versatile. If you learn its recoil pattern, you’ll have an easy time dominating everyone.

The RUS-76U is an excellent weapon for close range encounters. It has amazing damage and a decent rate of fire. However, don’t count on spraying down people in the long ranges.

The HG40 acts more like an SMG/AR hybrid. You could say that it has the best of both worlds. It’s capable of spraying down people at longer rangers.

However, it loses out on some damage and has an average rate of fire. If you’re looking for a weapon that’s light, easy to handle, and accurate, the HG40 is a great choice.

The DL Q33 has been modeled after the fan-favorite Intervention sniper from Call of Duty Modern Warfare 2. It also fills the same role in this game as its original counterpart.

While using bolt action snipers with the control scheme of Call of Duty Mobile can be hard at first, it’s definitely worth investing the time in as the DL Q33 rewards accuracy and skill handsomely.

The Arctic .50 is unlocked at level 67. It has better mobility and fire rate than the DL Q33. However, it has slightly less damage. Attaching a Tactical Scope to it will make it perfect for running and gunning.

The Locus is similar to the DL Q33. However, there’s nothing that sets it apart from it. In fact, it has a slow aim-down-sights time, which makes it a hard sell when you have the DL Q33.