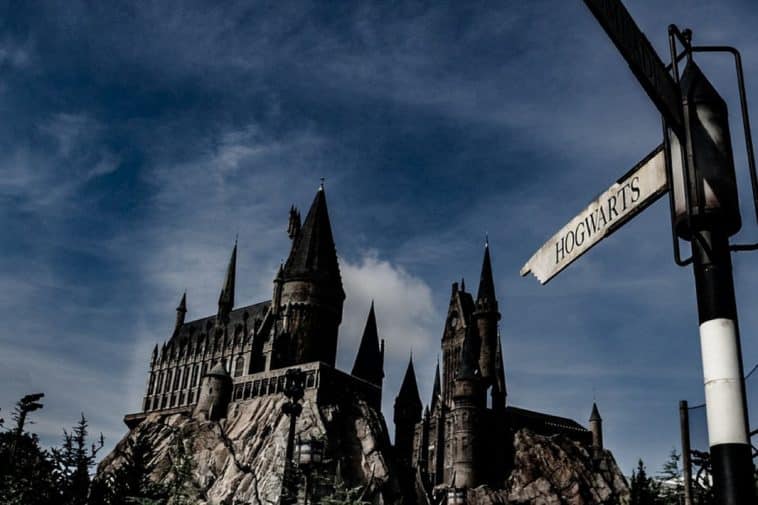 We all heard of the most famous J.K. Rowling story. When she had the incredible thought of creating the ‘Harry Potter’ book series, she took a train going from Manchester City to London.

On that particular train is where the genius idea of creating the ‘Harry Potter’ character was born. Did you know that she only needed a long ride to outline the general plot of the story almost instantly?

At the time, she didn’t know that a couple of years later, that simple idea will turn out to be the most successful bestselling series ever. It is loved by everyone, especially young kids.

Well, take this Sorting Hat Quiz, and you shall find out!

Before delving into the Harry Potter Sorting Hat Quiz, let us dive into the reasons that made the story spread across the world in a very short time.

As a bonus, I’ll also be explaining the differences between the houses of Hogwarts school.

Why Everyone Loves Harry Potter

The Art of Imagination

When we read the books, we find out that J.K. Rowling created a whole magical world awaiting the reader to discover its depth, characters, fantastic creatures, and so much more!.

It’s like the entire story comes alive, and we can simply imagine it in front of our eyes!

You can almost picture Hogwarts School of Witchcraft and Wizardry, Harry with his scar and his circular glasses, Hermione with her dedication to learning, Ron with his signature red hair, etc.

Every single character in the books has its own story and personality. The same goes for the different houses, which is the reason I created this Harry Potter House Quiz.

If we take a closer look at the details depicted in the books, we can see the magic that fills the background. The magic is just very vivid, especially when we are introduced to new things!

Do you remember the scene in the first part of the series ‘Harry Potter and the Philosopher’s Stone’ when Ron met Harry for the first time on the train going to Hogwarts, and they had their first conversation? There were jumping frogs everywhere made of chocolate!.

Photographs with moving people! And let’s not forget about the famous jellybeans of every possible flavor you could think of, including Booger, Earthworm, and even Earwax. Disgusting, huh?

The uniqueness in the famous ‘Harry Potter’ series wasn’t only based on the incredible details, but also the British culture.

Yes, you heard that right! Many people around the world don’t know much about British culture, and the book series was of big importance to spread some culture and let people find out more about the UK.

We can take a small example of a German reader that didn’t know about double-decker buses until reading about it in the books, and that persuaded her to travel someday to the UK and ride a similar bus.

If you still don’t remember when a double-decker bus was mentioned, you probably forgot about the ‘Knight Bus’ in ‘Harry Potter and the Prisoner of Azkaban’. It’s a triple-decker bus that works at very high speeds and can even squeeze itself in extremely tight places!

Did you also know that students in Hogwarts take their exams at the exact same time as fifteen or sixteen-years-old British students?.

In the books, seventeen years old young wizards take the ‘Apparating’ test: this test allows them to teleport themselves from a place to another.

This test happens to be at the same time teenagers can pass their driving tests in the UK!

Other inapparent connections to the British culture are the colors of the House Gryffindor, which originate from the fact that Godric Gryffindor was British. Cool, isn’t it?,

Good versus Bad Duality and Humor

The ‘Harry Potter’ series are the kind of books that make us laugh and cry at the same time. Let us take a moment to remember which characters are the funniest.

The first characters that come to mind are, without a doubt, Fred and George Weasley. The twins can turn any bad situation into a laughing scene for the reader.

We can enjoy their clumsiness anytime, even when a curse destroyed George’s ear!

Other characters depicted some very high qualities. For that, we mention the leading Trio: Hermione Granger: She showed us high work ethics and nature to help others.

The three of them represented the good in the books, fighting against evil (obviously he who shall not be named).

That said, their fight was also against greed and lust for power (an honorable mention here for Dolores Umbridge, the pink lady).

Before taking the Harry Potter House Quiz, you must understand the differences between the four houses of Hogwarts.

The House of Gryffindor

We start with probably the most famous house in Hogwarts: Gryffindor.

Gryffindor is by far the most focused-on house in the books. It was founded by Godric Gryffindor and currently headed by Professor Minerva McGonagall.

As you know, each house in the series has a ghost, our ghost here is Nearly Headless Nick.

When we say Gryffindor, you probably picture gold and red. Indeed, those are the house colors. Our main characters here are, of course, the trio: Harry Potter, Ron Weasley, Hermione Granger, but also the Weasley twins, Ginny Weasley, Neville Longbottom, and our favorite headmaster Albus Dumbledore.

The focus on this house isn’t shocking since our main characters belong to this house, and also because many people consider it as the best house, so if you get sorted to Gryffindor in the Harry Potter House Quiz, congratulations!

The House of Hufflepuff

We move to the second house of the story: Hufflepuff house.

This house was founded by Helga Hufflepuff and headed by Professor Pomona Sprout Head of the Herbology department (yes, you remembered right! The one who taught Harry and his friends how to pot young Mandrakes. Be safe, readers, and pout some earmuffs on!).

The Fat Friar is our ghost here, and yellow and black colors represent the house.

Now, we didn’t get the chance to meet many characters from this house, but we can mention Cedric Diggory (a Hogwarts Triwizard Champion) and Newt Scamander (Newt was in the fantastic beasts’ franchise).

You may consider Hufflepuffs as the underdogs of the Harry Potter series because they weren’t focused on as much as we’ve seen Gryffindor or Slytherin houses. Still, Hufflepuffs are very down-to-earth and reliable.

We can’t deny this house’s contribution to the story. For that, we can mention the loyalty they had for Harry when he was in pursuit of the final Horcruxes.

In fact, they were the first to support our wizard in the final hunt. They weren’t the center of attention of the series.

However, if it wasn’t for them, Harry wouldn’t be done with his quest for Horcruxes and beat Voldemort. They didn’t win glory nor fame, but they did win our hearts after all, right?

If this isn’t enough for you, know that the Hufflepuff house is the favorite house of the author herself! So, if you get sorted into this house in the Harry Potter House Quiz, you must be very lucky!

The House of Ravenclaw

This house got the least attention in the books. We didn’t get the chance to meet many characters from Ravenclaw.

Even characters that displayed the suitable culture and strength for the house were sorted to other houses, which was the case for Albus Dumbledore and Hermione.

Ravenclaw was founded by Rowena Ravenclaw and headed by Professor Filius Flitwick. The third ghost in our story is The Grey Lady Helena Ravenclaw.

You might catch a glimpse of bronze and blue colors identifying this house.

The most famous character of this house is Luna Lovegood, who was an essential member of Dumbledore’s Army helping harry to beat Voldemort.

You may think of her as the strange girl in the books. Now that’s a reason to be happy if you get sorted to Ravenclaw in our Harry Potter House Quiz!

We didn’t see much of the house, but what we are confident of is that Ravenclaws have a strong fellowship to their house, and they tend to hold to their roots.

If you check online, you’ll find out that some of the Ravenclaw communities are more than happy to welcome a new member!

The House of Slytherin

Finishing our guide with our enigmatic and dark house: the Slytherin house.

The green and silver house was initially founded by Salazar Slytherin and headed by our favorite professor Severus Snape.

The Bloody Baron is the ghost of Slytherin, and its famous characters are, of course, Voldemort (or Tom Riddle), the Malfoys, Horace Slughorn, and Albus Potter (featured in the Cursed Child book).

This house has a strong negative connotation in the Harry Potter series, as shown by the author.

We may feel that because almost every villain, evil, or harmful character belonged to this house.

As we mentioned, the most popular member, our main villain Voldemort was the Slytherin heir (as you remember it from ‘Harry Potter and the Chamber of Secrets’).

Members of this house tend to enjoy the darkness and fight back against the negative comments they get for their supposedly lousy reputation.

However, we can’t deny the strength of this house and its popularity.

So, if you’re a fan and get sorted to Slytherin in the Harry Potter House Quiz, you’re definitely welcome!

Now, without further ado, take this Harry Potter Sorting Hat Quiz to find out to which house you belong!